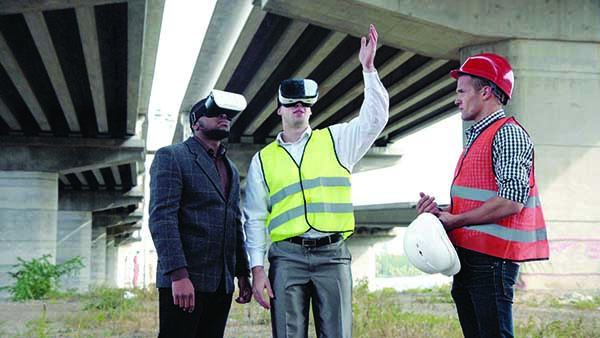 Nearly a decade ago, the use of electronic devices to transmit information about equipment operation earned widespread acceptance throughout the construction industry. Now called “telematics,” it was first used for tracking equipment. But, what about the health and safety of workers? Now there are ways to monitor that as well, with the use of wearable technology.

At approximately the same time as machine telematics began earning favor, the advent of wearable tech occurred. Most people are familiar with it, thanks, in large part, to devices such as “smart watches” and fitness trackers. A global forecast from CCS Insight predicts the wearables market will be worth $25 billion by 2019. According to the article, “Invest in Wearables for Increased Worker Safety,” the global protective work-wear market will grow at a rate of nearly 5 percent in the next four years. 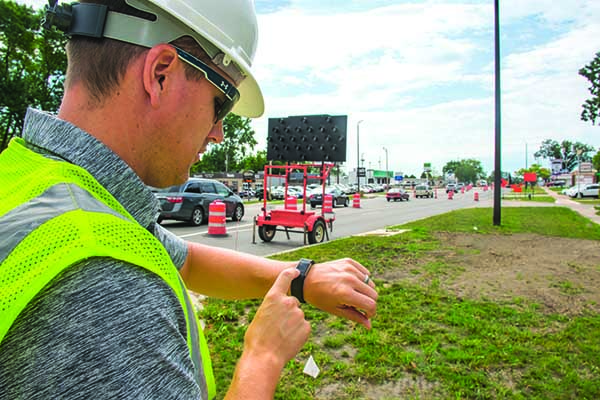 Information from wearable devices, such as fitness trackers, is useful for helping people make better lifestyle choices and eliminate detrimental habits. The construction industry hopes for the same with wearable technology, such as smart hard hats and safety vests, that can monitor and track everything from workers’ whereabouts to practices for performing specific tasks to their current health data.

Researchers at Virginia Tech University have been working on a safety vest that will alert road construction workers if a car is approaching too quickly or too closely, hopefully giving workers time to avoid a potentially deadly situation. Other vests may offer built-in systems to keep workers cool during hot weather or warm them up in frigid temperatures, alert co-workers if someone trips or falls and more.

Several other devices that fit under the construction wearable technology umbrella, and perhaps the most easily noticed is a smart hard hat.

One company, DAQRI, designed a wearable that includes a processor for multimedia and augmented reality (AR). The company’s website says its Smart Helmet® with a heads-up visor can display instructions and jobsite models that are superimposed in a real-world environment. This allows the wearer to see how a future project will look upon completion. The device can also record video and alert the wearer, if it detects a problem. Other manufacturers have created eyewear, such as glasses that offer similar functions and features like the Smart Helmet visor display, to pair with traditional hardhats.

Another area not necessarily considered in the wearable category for construction, but perhaps that should be, is virtual reality (VR). Several companies are developing VR goggles for uses in operator training and jobsite modeling. 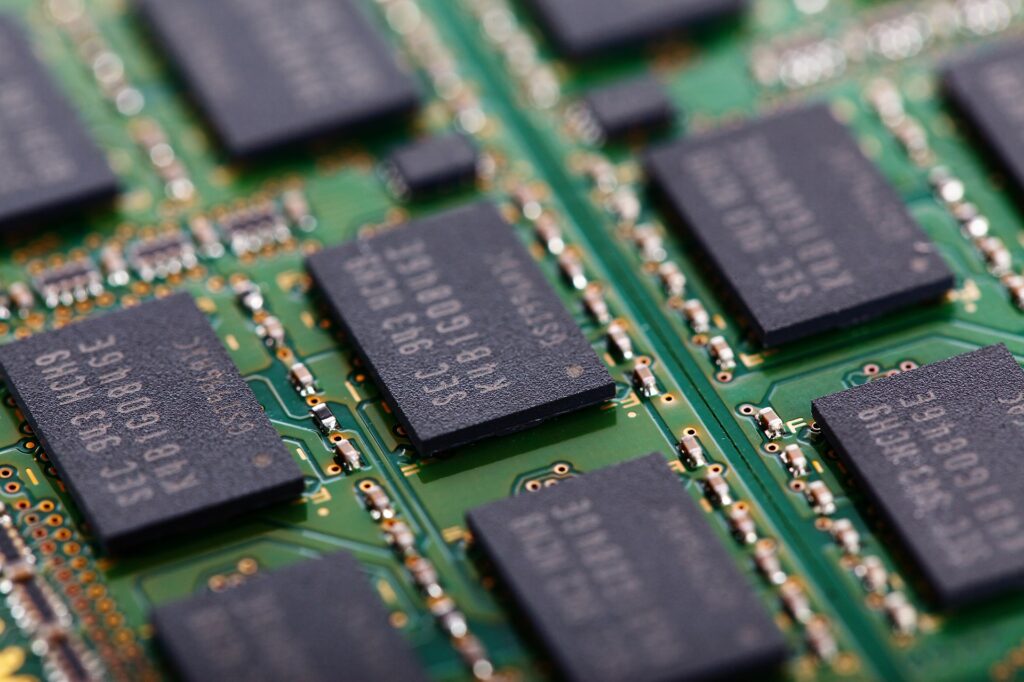 Wearable technology is not without its detractors. Some view it as another way that “Big Brother” is watching and fear that data collected could be used against them. The argument is something that the construction industry will need to address as technology continues to advance.

In her article, “With Wearable Tech, Trust is Paramount,” author Susannah Levine quotes several experts who say that businesses should have clear intentions for utilizing wearables.

“The degree to which companies can successfully collect data pivots on trust,” Levin writes. Her article goes on to quote Lockton Companies Vice President, Risk Control Consulting Practice Leader Bill Spiers, “Companies must be transparent about what data they’re collecting and how they will use it.”

Despite the benefits, some organizations might be hesitant to invest in wearable technology right away. In her article, “Top 6 Wearables for Safety at the Jobsite,” Hagen Business Solutions Owner Carol Hagen suggests that companies should consider the learning curve, what competitive advantage the tech offers in the short term and what is the long-term future, if a business buys into wearables.

“You may find these technologies not only win you more work and increase productivity, but also make it easier to recruit and retain talent with measurable workforce development benefits,” Hagen said, adding, “Measurable results may change more than the work environment; they can make the priorities obvious. The ability of technologies to share data, identify actionable items and create a continuous improvement loop can make the industry safer and leaner.”

Editor’s note: This blog is about changing taking place in the construction industry. It is for information only and is not intended to promote a particular product or brand.