More than half (54 percent) of highway contractors reported that motor vehicles had crashed into their construction zones during the past year, according to the results of a highway work zone study conducted in 2018 by the Associated General Contractors of America (AGC). In response, association officials have launched a new mobile advertising campaign that urges drivers who pass through work zones to slow down and be alert.

Forty eight percent of contractors who reported crashes on jobsites said drivers or their passengers were injured, and noted that 24 percent of those incidents involved a fatality. Highway jobsite accidents also pose a significant threat for workers as a quarter of all construction area motor vehicle collisions caused injuries to construction crew members and 3 percent of those were fatal.

The new targeted mobile advertising campaign is designed to reach drivers who regularly pass through highway construction zones and urge them to be careful in road construction sites. Kubacki noted that the ads show up only when a driver opens his or her mobile phone and either visits a web browser such as Chrome or Safari or uses an app with advertisements. The ads are designed in a way to avoid distracting drivers while they are on the road, instead reaching them when they can safely use their phones. 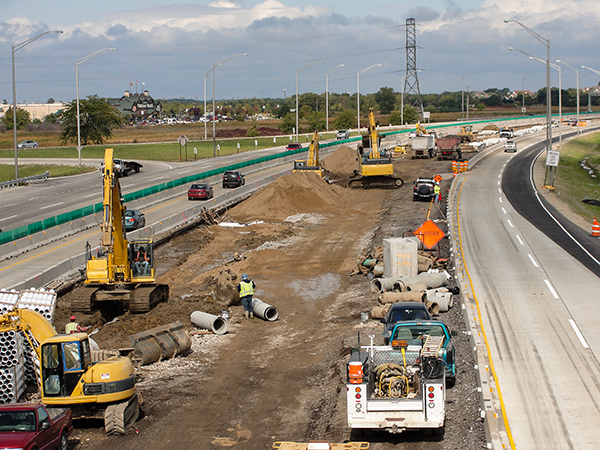 “We are harnessing technology to make sure that 100 percent of our ads are reaching motorists who travel through work zones,” shared Kobacki. “The campaign is designed to save as many lives as possible.”

Motor vehicle crashes also impact construction schedules and costs, according to AGC. Of the more than 550 contractors who completed the nationwide survey, 53 percent reported that their highway projects have been delayed because of work zone motor-vehicle collisions. Nearly three quarters of respondents share a belief that these accidents pose a greater risk now than compared to ten years ago.

This blog is based on a press release from Associated General Contractors of America (AGC).

What contractors should know before going after public projects